Confession of a Crossfit Snob 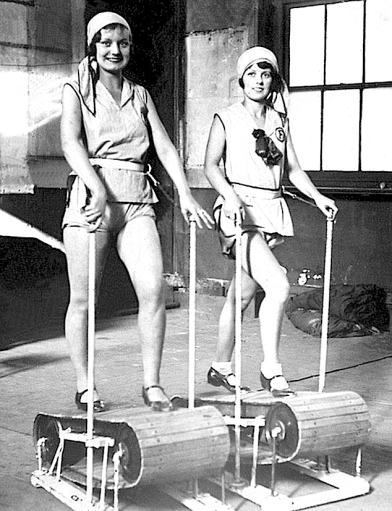 I have a confession to make: I’ve become a Crossfit snob.

I realize this confession might cause some of you to unfriend me on facebook, but bear with me a little as I try to explain this extremely delicate and complex matter:

Crossfit is superior to everything.

I may smile and nod while you tell me about your diet plan, your new ‘fitness’ DVDs and even the new ‘class’ you’re taking so you can ‘drop a few pounds’ before your Mediterranean Cruise. I might say something like, “It’s great that you’re being so active.” But really, I’m thinking, “Why waste your time with that crap?”

Here’s where you unfriend me.

While I DO think step aerobics (do they still DO step aerobics?)  is far better than sitting on the couch eating Cheetos and sucking down Mountain Dew, Crossfit is better.

I realize that not everyone actually has access to a good box, and I also realize that you can’t do Crossfit entirely on your own–there’s only so much a YouTube tutorial can show you–however, if you are already investing time, money and energy on a gym membership, why not Crossfit instead? Choosing Zumba over Crossfit is like eating Marzipan instead of real fruit–it may taste good for a little while, but it’s not very nourishing.

Take a good look at photos from fitness ‘fads.’ No one actually looks capable of pulling a person from a burning building or even carrying a bag of heavy groceries without breaking a sweat.

Maybe you don’t want to pull people from burning buildings–I get that. But judging from the photos I’ve seen of other ‘fitness programs,’ nobody looks particularly fit–not even the trainers.

You might say, “I have bad knees. I have a bad back. The doctor said I should stay home in my rocking chair until I die.”

Anyone CAN Crossfit, but maybe not everyone should.

If you are not willing to change your life and do things that are hard, things that require EFFORT, things that are NOT always FUN, then don’t try Crossfit. But if your entire life until now has been one big slide into mediocrity and you’re tired of it, then you just might be a Crossfitter at heart.

There’s nothing better than watching the metamorphosis of someone who is struggling with obesity or knee problems or rapidly advancing age (like myself) as they come consistently to class and give it their all. It doesn’t matter if their push-ups (like mine at first) are against the wall, or if they’re stepping up on bumpers instead of plyo boxes. They are doing real, hard work in order to make their lives better–and THAT is admirable.

You don’t have to be perfect to Crossfit, you just have to be consistent and give it every ounce of energy you’ve got. If I reach muscle failure at 9 chin-ups, while my partner can do all 30 on her own, I am STILL giving it my best effort.

Some people don’t care about doing chin-ups or pull-ups or handstand push-ups–and that’s fine. They can keep doing their elliptical or their treadmill and lose the same 5 pounds over and over again for the rest of their lives. If they are okay with that, then why should I care?