What Advent Means to Me 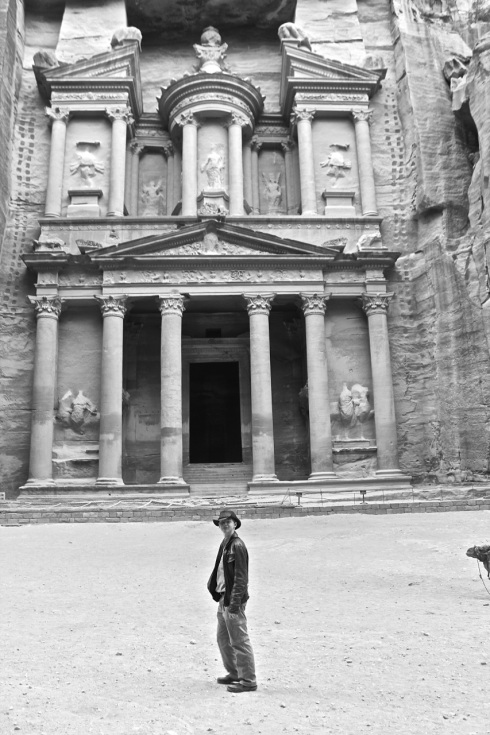 ‘You left just as you were becoming interesting!’ —Indiana Jones and the Last Crusade

Advent is the season in which people celebrate the birth of Jesus. But when I see the manger scenes, I can’t help feeling melancholy. Because while everyone counts down the days until the Christ child arrives, I’m saddened at the thought of my child going away, just after Christmas.

Of course, William is not a child. He’s wiser and more well-grounded than men twice his age. He can just as easily converse about philosophy as he can about Star Wars. Sometimes the topics become intermingled.

He has been counting down the days until the next chapter of his life begins. A chapter that doesn’t include Mom knocking on his door in the morning or coaxing him to Crossfit.

But his new chapter will lead him from our home in Germany to Guatemala and finally to Canada. It will be full of adventure and happiness. And that’s what I want most for him–to follow his own path.

And despite the sadness, I am too.

I still can’t believe that nearly 18 years ago, the nurses at the hospital handed ME (a whimsical 23 year-old who’d never changed a diaper in her life) this little red-headed baby.

He was dependent on me.

It is a frightening sort of power you hold in your hands, bleary-eyed while everyone else sleeps, and your world shrinks to two. There is no one else who matters at 3am. Just the warm little person, who’s not happy apart from you.

As a parent, your job is to slowly train them to be less dependent on you. Give them more responsibility. Give them freedom (when it’s earned). Build trust. Mutual respect.

Be surprised by their individuality.

Take credit for things you had no part in–but you’re still insanely proud of.

Raise them to be one of your very best friends.

That raspy little voice that woke you so many times in the middle of the night is clear in your memory, but you sometimes have trouble connecting it to the young man laughing beside you at the dinner table.

But there is a time for a new chapter.

William and I have each been working hard to write new narratives for our lives; and neither of us knows what twists and turns are in store.

We’ve been through so much together. So many burpees and push-ups and toes to bar. So many emotionally exhausting times. So many moments where he helped me pick up, sort and organize the pieces of my life.

Somehow, in the midst of this year’s turmoil, I became dependent upon him. And so he began the gentle process of giving ME my independence. He steadied me, until I found my balance.

There’s a line from Indiana Jones and the Last Crusade where Professor Henry Jones tells his son: “You left just as you were becoming interesting!”

William has always been an interesting guy, but as a young adult, the conversations are richer. And it’s hard on a mom.

It’s hard because he’s become my friend–even though that was the goal all along.

To set him free.

To watch him live his life to the fullest.

To re-shape my own, with his picture on the wall and an empty hook where he hung his hat for a while.

13 days remaining to Toughen Up, Buttercup.

Crossfitter, marathon runner, author, gypsy mama of 4 fantastic kids, gluten-free, veggie-maniac, world-school curriculum developer, who aspires to write a best-seller, train her wayward young labrador, and run mountain marathons and ultras, in her spare time. END_OF_DOCUMENT_TOKEN_TO_BE_REPLACED
This entry was posted on Sunday, December 14th, 2014 at 10:07 pm and tagged with children, Crossfit, empty-nest, motherhood, parenting and posted in Crossfit, Life. You can follow any responses to this entry through the RSS 2.0 feed.
« Handicapped
A New Year: Making Potential Real »

5 responses to “What Advent Means to Me”