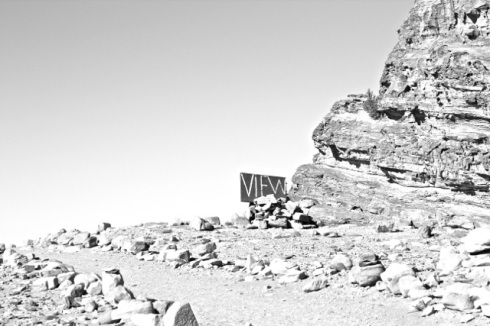 The softest thing about Crossfit is the floor–and even that feels hard when your body slams into it.

Most people take a cursory glance at Crossfit and think, “Oh! That’s too hard!” It’s the same with marathons. I repeatedly hear, “I could NEVER do that!”

But really, with the right training, anyone can run a marathon; and anyone can Crossfit.

It just requires doing things that are hard:

Crossfit has made me stronger mentally. I don’t give up quite as easily as I used to, and when I see a challenge, I go for it.

That’s what strength is, after all. It’s envisioning a positive outcome, rather than letting problems suck you under like quicksand.

Some of my challenges (like registering for the Jungfrau Marathon in the Swiss Alps) are self-imposed, but others are beyond my control. I am facing challenges that in my pre-Crossfit days would have seemed impossible:

I can’t say this enough: Crossfit is not about the body, it is about the mind. I KNOW that if I set the bells down, I’m not picking them up again (very easily). So I don’t set them down. Even when they feel heavy.

Challenges don’t feel good, and at times, they can be so big, it’s like standing on the edge of a canyon, only it’s black inside, and you can’t see the next step.

Then someone hands you a headlamp and guides you to the path. You still have to do the work, and you’ll probably fall down a lot along the way. But at least you’re headed in the right direction. You didn’t give up and plummet into the chasm.

There is life to be lived and experienced: and Crossfit gives you the strength to face anything. Maybe you won’t be able to lift your own refrigerator (at first) but you will be able to do things that are hard, like putting a stop to an unhealthy relationship; like making a foreign country your home; like moving into a smaller house and painting the basement ‘Papaya.’

Whatever problem is stretching out in front of you, it CAN be overcome.

You just have to do things that are hard.

The soft things will come later:

Sitting by the campfire.

Sharing a bottle of wine with friends.

Laughing at the hike from the ridge.

Contentedly, quietly enjoying the view as the sun rises.

Crossfitter, marathon runner, author, widow, mom of 4 fantastic kids, gluten-free, veggie-maniac, who aspires to write a best-seller and train an old Labrador new tricks. END_OF_DOCUMENT_TOKEN_TO_BE_REPLACED
This entry was posted on Saturday, February 15th, 2014 at 6:15 am and tagged with challenges, Crossfit, exercise, expatriate, Germany, healthy-living, mental health and posted in Crossfit, Health. You can follow any responses to this entry through the RSS 2.0 feed.
« Strong Enough to Move a Deep Freezer
Are All Crossfit Coaches a Little Sadistic? »

2 responses to “Hard Things: Crossfit for a Healthy Perspective”