Pure Unadulterated Stress: How to Cope 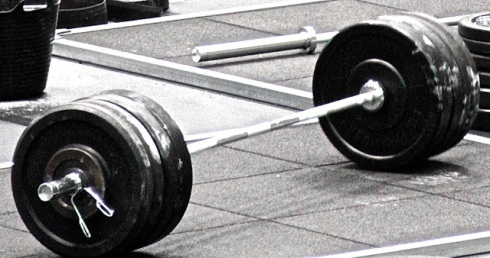 I was standing amidst a pile of rubble and cardboard boxes, which once was my room, when I realized my son had an orthodontist appointment that day. Like a good mom, I checked the time five minutes before I thought we were supposed to leave, when SURPRISE, I had already missed the appointment.

When I called, the receptionist said we could reschedule for 15:30. We walk in at 15:15, and they look at me like I’m crazy and then tell me I was SUPPOSED to have been there at 10:30 (zehn and funfzehn sound remarkably similar when you can never hear on the phone to begin with, usually because of kids and dogs disturbing the peace, but mostly because I just can’t frigging hear on the telephone; and when you are second-language impaired).

I revert to speaking English because my brain has completely SHUT DOWN. Even when she used short, slow words to help me, I could not process them. It was like she was speaking yet a third language.

The receptionist, who is now somehow speaking English (and I hope that I am as well) patiently works out everything I’ve messed up (including making arrangements for my son to see a dentist?!! before the next orthodontist appointment), pins the note to my overcoat, puts a lunch-pail in my grubby little hand, and shuttles me to the bus stop.

Just kidding on that last part, but the attitude was the same–plus it might’ve helped.

Meanwhile, my kids were home taking screws out of furniture to prep for the move and my husband was at the doctor having vials of blood drawn to test for scary diseases.

There were more stress layers flaking from this day than paint on a midwestern farmhouse.

*author is not responsible for the accuracy of metaphorical language.

*In fact, the author is not certain her metaphors are even making sense at this point.

*author does not care.

My son and I went for Chinese food, and over a plate of chicken fried rice, I regained my senses (somewhat).

I always used to say that stress is a reaction. But sometimes, it builds up to where your brain simply shuts down.

Usually, Crossfit helps me to relieve this kind of stress, but of course with the move, I hadn’t been to the box in three days. Despite the fact that I’ve been lifting boxes and carrying furniture downstairs, the lack of WODing has taken its toll.

I don’t know exactly how Crossfit works its magic. It seems so simple: lift something heavy. But how does lifting something heavy clear your mind? I can’t answer this. I only know it works. It’s my form of meditation. I come away relaxed, focused, de-stressed, and a little high from endorphins, or whatever chemicals wake up in my brain.

Plus there’s the added benefit of multiple hugs from my friends and the occasional emo purge while we stretch.

I’ve got a lot on my mind this week. What if my husband’s tests come back badly? Does it suddenly change all of our marital problems? What if they can’t diagnose anything, and he just goes on feeling crappy all the time? What if I forget another appointment? How will I get my old house cleaned out by the end of the month? Will my couch fit down the staircase at the new place? What about my daughter’s birthday? Or my anniversary? Do you still celebrate when you’re barely communicating? Do I post a ‘happy 20 years, darling’ on facebook, because that’s what people expect? Or do I say, ‘i hope we make it to 21’? What if he has cancer?

I need to let it go.

Crossfit is the master reset button.

So, instead of packing more boxes today, I’m taking a time out.

I need to think about nothing but the steel in my hand, so I can loosen the grip stress has on me.

Crossfitter, marathon runner, author, widow, mom of 4 fantastic kids, gluten-free, veggie-maniac, who aspires to write a best-seller and train an old Labrador new tricks. END_OF_DOCUMENT_TOKEN_TO_BE_REPLACED
This entry was posted on Wednesday, February 5th, 2014 at 4:57 am and tagged with coping, Crossfit, exercise, family, healthy-living, kids, marriage, mental health, stress, WOD, workout and posted in Crossfit, Health. You can follow any responses to this entry through the RSS 2.0 feed.
« Crossfit is More than a Workout, It’s a Family
Strong Enough to Move a Deep Freezer »

3 responses to “Pure Unadulterated Stress: How to Cope”